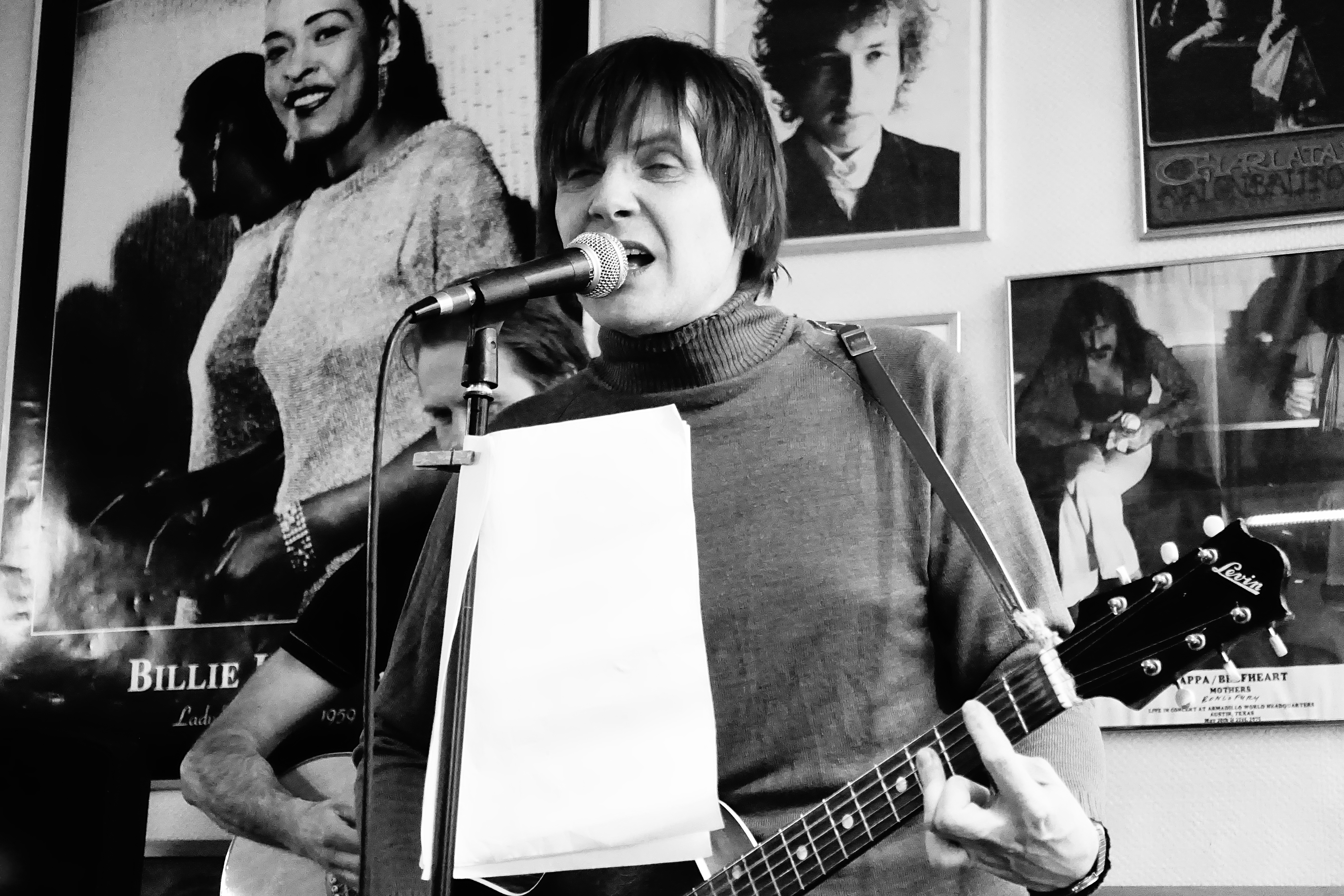 An added webshop will also be launched late 2017.

See more about Mårten Lärka on his website here: martenlarka.se

In 2005 he released his album “Innan natten har gjort kväll” (“Until the night call it a day.”) The Christmas single: “Trasiga Pepparkackshjärtan” (“Broken gingerbread hearts”) came in 2006. Next full-length album, “Livstidsvicket”, was released in 2008. The EP series “Trubadelica” began in 2011. ”Doneras till staten (E.p)” (“Donated to the state (Ep)”) came in 2013 and the third album “Jadåså” in 2014. The first taste tests with french lyrics was released in 2015 and the album “Alouette” in 2016. All releases are through the proprietary label M.OTION SONGS.

Band operations began back in the 80’s and walked briskly forward in the alternative pop music 90’s with the pop trio Opossum (which later became The Trimatics). Despite two decades of music on their own terms, two songs from a children’s platter, with ”Små grodorna” (“Small frogs”) in the lead, has become the biggest “hits”. But that is another story.

A pure DIY act with an unique style that could be called “Light Blues” or “Lunk” or just “Vispop” (Sing and songwriting). Rock n roll or lullabies. Pursuing “expression” rather than “music”. The harmonica is upside down (the lowest note to the right) that it just happened. Opens each gig with the last song from the show before (exceptions happen). Playing happily for free, but only if it feels right. Troubadour is a nicer word than singer/songwriter.