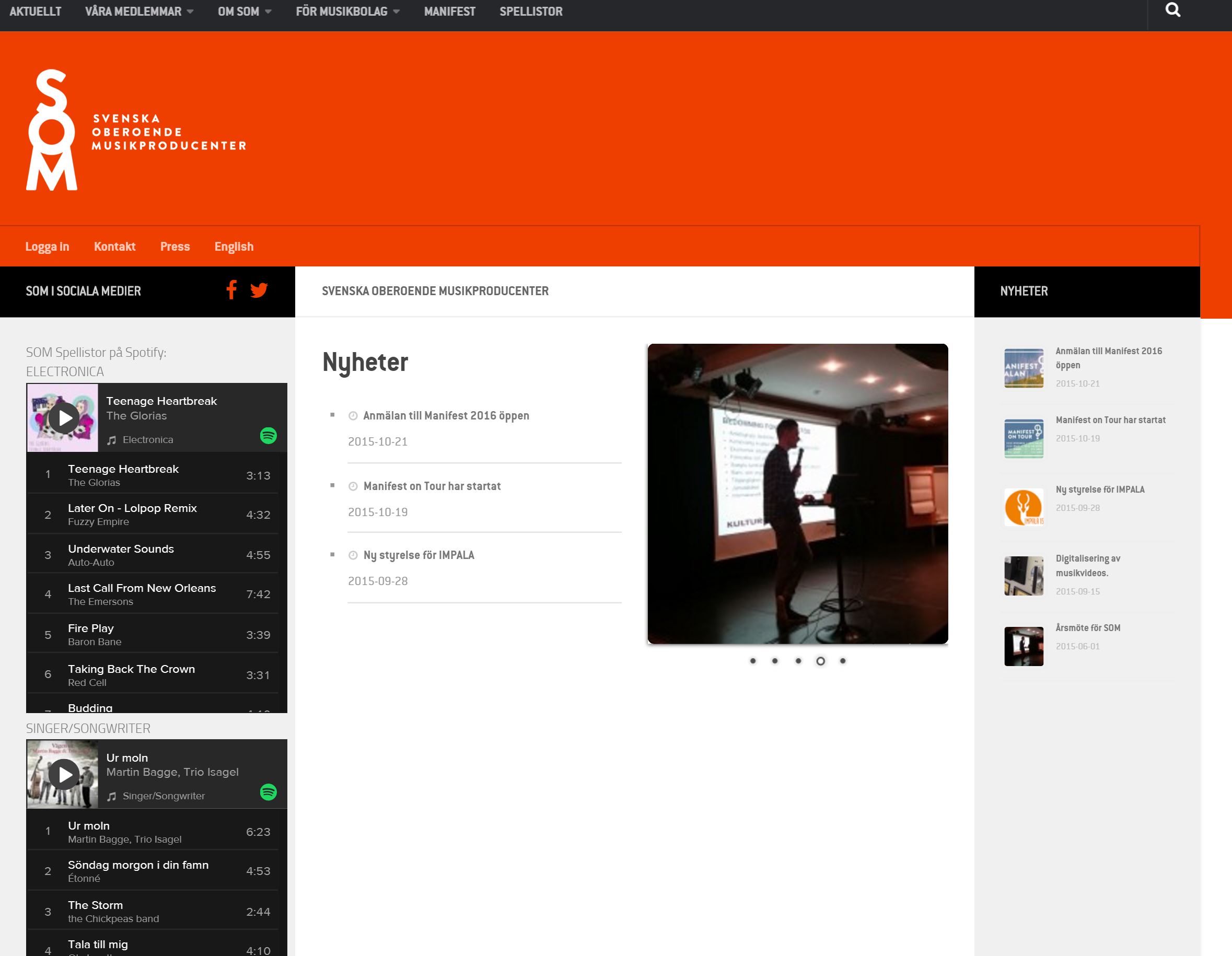 Last Week We rolled out the new version for the webpage of Swedish Independent Labels (SOM): Check it out! http://som.se/

With The Talking Fern (Our subsidiary company Brand)

The New Version includes their new Spotify Playlists and a member area! (for English version of the site)

SOM (Svenska oberoende musikproducenter) is an association for independent labels in Sweden. SOM is (as far as we know) the world’s oldest indie label association and started in 1974 as a Nordic Organization called NIFF. Since many of the Nordic partners faded into obscurity, NIFF in 1989 became SOM and focused on Sweden. The only remaining Nordic label was Greenlandic Ulo who remained until the Danish organization DUP started in 2003.

SOM’s focus the first years was to establish the same rights and access to the market for the independent labels that the majors at the time enjoyed. The work was successful and in the mid 90-ies SOM also became members of the local IFPI and been working closely together regarding neighboring rights and other common interest.

As the administration of rights became a minor part of SOM’s commitments, SOM have focused on market issues, cooperation and education. Since 2010 we tour Sweden with a workshop for young upcoming band called Manifest on Tour. The tour is presented in cooperation with Sensus and Musicians Union. Since 2003 we arrange Manifestgalan that is the “indie Grammy” of Sweden and present 22 prizes to the best of the indie scene every year. We arrange seminars during the Manifest Day and also on several other occasions and different subjects.

SOM is a small organization with two persons employed on part time and a board of 9 persons from Luleå in the North and Lund in the south. SOM have about 250 members that range from large labels with 30 employed to small one person labels.